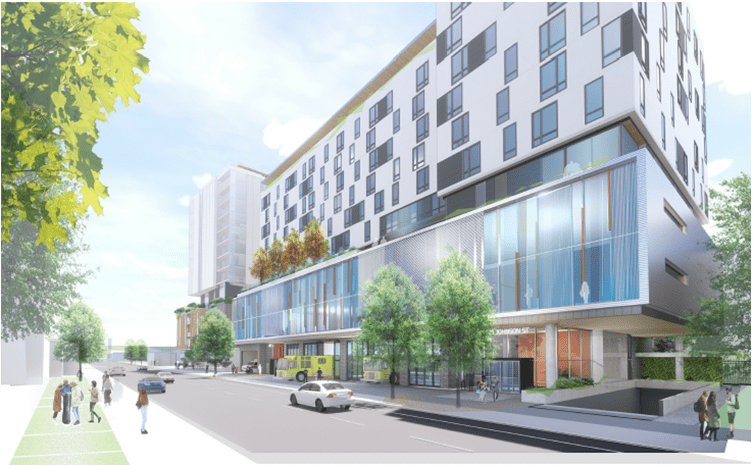 The innovative Johnson Street Fire Hall Project, located at 1025 Johnson Street, is the first of its kind in Victoria. The mixed-use development will consist of 130 units of affordable housing located above a new Victoria Fire Hall No.1. Pacifica Housing will own and operate the purpose-built subsidized, low-end-market, and market units.

This Johnson St. Fire Hall Project represents the largest affordable, independent-living rental housing project ever constructed in the downtown core of the city. Future residents will have access to studio, one-bedroom, two-bedroom and three-bedroom homes conveniently located close to transit routes, and downtown services and amenities.

The building will also house the city’s very first emergency centre, designed to withstand a massive earthquake and will meet the B.C. Building Code standards for buildings designed to remain operable following a disaster.

The project is a partnership with Dalmation Developments and BC Housing, funded through the Homes BC program. The project broke ground in January, 2020 and is estimated to be complete in late 2022. 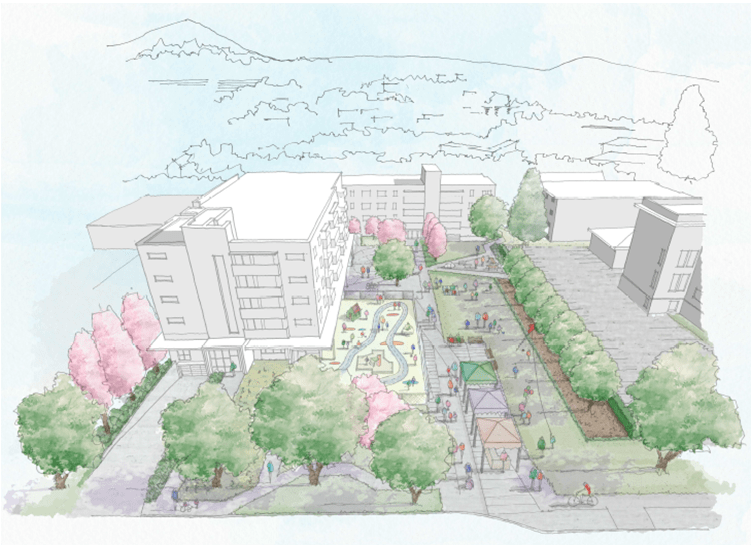 The Burnside School Affordable Housing Project, located in the Burnside Gorge neighbourhood, is a proposed mixed-use space that would bring 88 affordable rental units to the area, along with a 59-space daycare, and amenities such as a fitness centre and outdoor plaza.

The daycare, operated by the Burnside Gorge Community Association, would be accompanied by a secure outdoor playground area and would include much-needed spaces for infant care, after-school care, as well as general group childcare.

Pacifica Housing has taken a community-centered approach with this urban village-style project in its collaboration with the Burnside Gorge Community Association and Victoria School District 61. BC Housing and the City of Victoria are also key partners.